Supermodel Bella Hadid has joined the metaverse with an NFT [Non-Fungible Tokens] collection called CY-B3LLA – featuring artwork based on 3D scans of her body.

Bella, 25, told Reuters she was intrigued by shared virtual world environments and said that she wanted to make ‘cool versions’ of herself after becoming obsessed with video games during the COVID-19 lockdown.

An NFT is a unique computer file encrypted with an artist’s signature, which acts as a digital certificate of ownership and authenticity.

Bella Hadid has entered the metaverse! The supermodel is selling NFTs [Non-Fungible Tokens] of a virtual version of herself featuring artwork based on 3D scans of her body 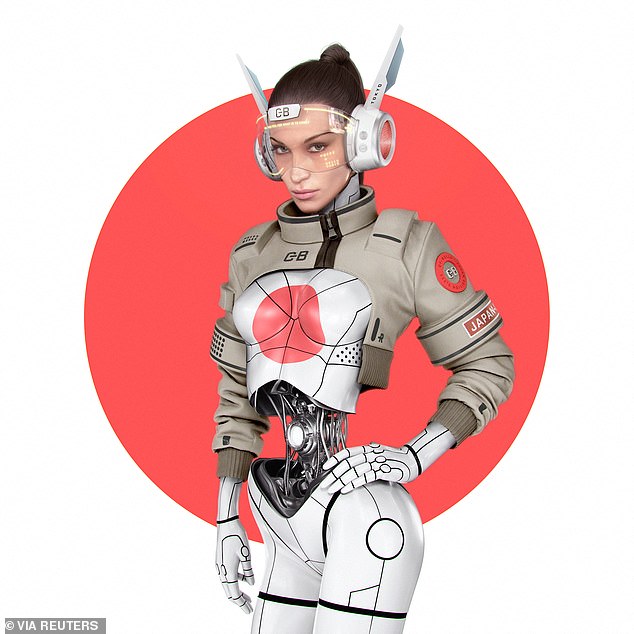 Futuristic: Bella, 25, said she was intrigued by shared virtual world environments and wanted to make ‘cool versions’ of herself after becoming obsessed with video games

Unlike similar technologies such as bitcoin, each NFT is in some way unique and can only have one owner at a time. They can be used for more than just currency.

In colloquial use, a metaverse is a network of 3D virtual worlds focused on social connection.

Bella said on her Instagram account that she had created the NFTs to ‘encourage travel, community, growth, fantasy and human interactions’. 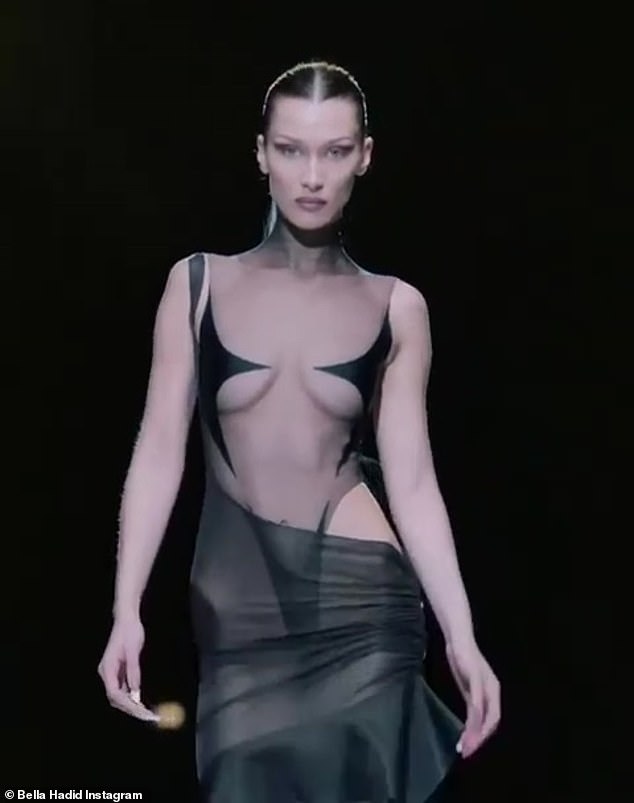 From the catwalk to the metaverse: Bella said on her Instagram account that she had created the NFTs to ‘encourage travel, community, growth, fantasy and human interactions’ (pictured on the Mugler runway)

Bella said: ”It was super fun. They really have my exact facial expressions.”

Inspiration for the CY-B3LLA NFTs came from 10 different countries, with input from local artists.

She said: ‘To see what kind of version of me that their brain concocted was really interesting… There are so many different versions of me that you could make and not ones that I could ever dream up.’

Artworks: The collection called CY-B3LLA and inspiration came from 10 different countries, with input from local artists 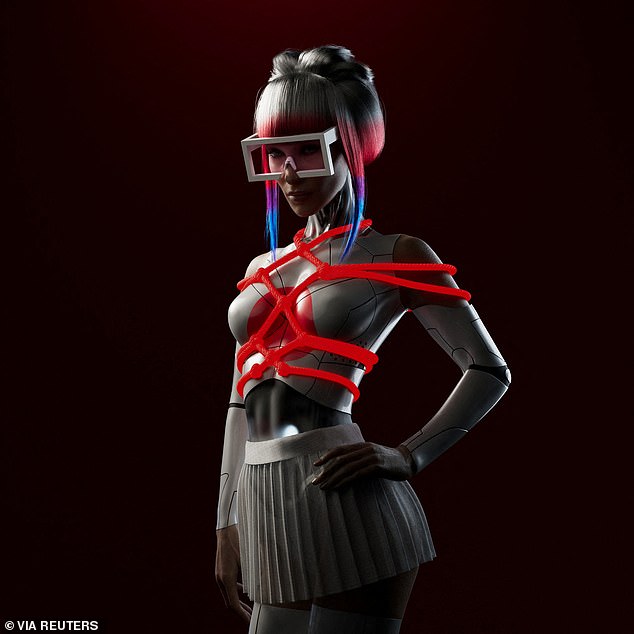 Trend: In the past few years, NFTs have been adopted by people seeking to turn art, music, videos and games into digital assets – and have been hailed as the digital answer to collectibles

What is a NFT?

A Non-Fungible Token (NFT) is a unique digital token encrypted with an artist’s signature and which verifies its ownership and authenticity and is permanently attached to the piece.

Most NFTs include some kind of digital artwork, such as photos, videos, GIFs, and music. Theoretically, anything digital could be turned into an NFT.

Where do you buy them?

At the moment, NFTs are most commonly sold in so-called ‘drops’, timed online sales by blockchain-backed marketplaces like Nifty Gateway, Opensea and Rarible.

Why would I want to own one?

There’s an array of reasons why someone may want to buy a NFT. For some, the reason may be emotional value, because NFTs are seen as collectors items. For others, they are seen as an investment opportunity similar to cryptocurrencies, because the value could increase.

When were NFTs created?

Writer and podcaster Andrew Steinwold traced the origins of NFTs back to 2012, with the creation of the Colored Coins cryptocurrency. But NFTs didn’t move into the mainstream until five years later, when the blockchain game CryptoKitties began selling virtual cats in 2017.

In the past few years, NFTs have been adopted by people seeking to turn art, music, videos and games into digital assets – and have been hailed as the digital answer to collectibles.

Most NFTs use blockchain – the decentralised leger first used by bitcoin to track ownership of the cryptocurrency – to a record who owns them and allow them to be traded or modified.

Explanation: Bella – who boasts 60.7M social media followers – said on the website: ‘CY-B3LLA is a digital revolution that seeks a revival of human connection. It is a celebration of high fashion, women in web3, and love that has no borders’

Bella’s NFT collection comprises 11,111 NFTs and they were made in collaboration with the NFT minting platform reBASE.

The locations and accompanying digital assets are set to be revealed between now and September, with the first batch featuring images of a robotic-style Hadid inspired by Japan.

Each NFT also works as a passport to a global community, unlocking rewards and enabling the holder access to real events attended by Bella. 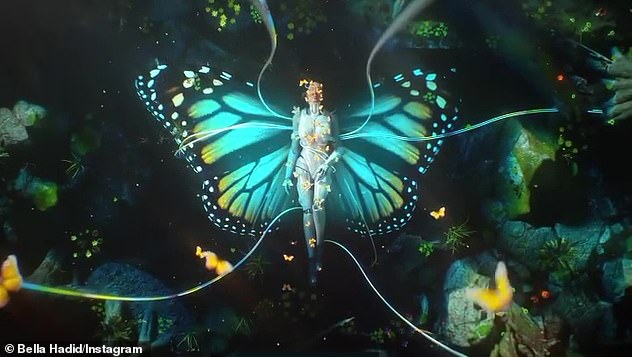 ‘Coming soon!’ Bella transformed into a cyborg butterfly in a teaser for her upcoming NFT collection CY-B3LLA created by NFT minting platform, reBASE

The date when these NFTs can be snapped up is yet to be announced, but interested buyers can register online.

Bella said: ‘It’s really exciting to see that people actually, like, want to be involved.

‘Every time I put something out, it feels like a birthday party, like no one’s going to show up. And so it’s been really nice to see … people actually … kind of tuning in and understanding it.’ 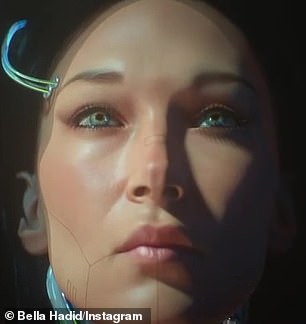 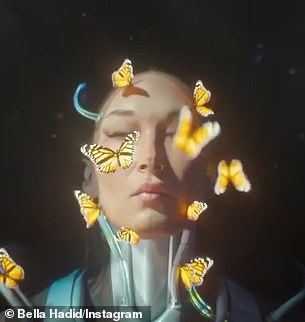 More to come: She went through a 3D body scan in order to create 11,111 unique 4K NFTs spread across 10 real-world regions, which will be revealed every seven days from July to September